Assetto Corsa (Italian for "Race Setup") is a sim racing video game developed by the Italian video game developer Kunos Simulazioni. It is designed with an emphasis on a realistic racing experience with support for extensive customization and moddability. The game was first released through the Steam Early Access program on 8 November 2013, and officially left Early Access as final release version on 19 December 2014.

Publisher 505 Games in partnership with Kunos Simulazioni announced on 3 June 2015 that they would bring the game to Xbox One and PlayStation 4 in 2016[3] and on 20 January 2016 revealed a release date of 22 April 2016. On 24 February 2016 it was announced that the console release was delayed to 3 June 2016. 505 Games and Kunos Simulazioni announced another delay and a new release date for the console versions on 6 May 2016, the game was released on consoles on 26 and 30 August 2016 in Europe and North America respectively. A sequel, Assetto Corsa Competizione was released in 29 May 2019. 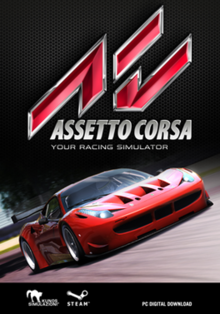