Crash Time: Autobahn Pursuit (known in the United Kingdom as Crash Time and in the rest of Europe as Alarm für Cobra 11: Crash Time) is a mission-based driving game released for the PC in 2007 and Xbox 360 in 2008, and a sequel to Alarm für Cobra 11: Nitro. It is based on the German television series Alarm für Cobra 11 – Die Autobahnpolizei, and features several characters from the show working their way through criminal cases set in fictitious versions of the city streets of Cologne, and the autobahn in North Rhine Westphalia. The developers created a "Pathfinder" to ensure that the AI vehicles do not always follow the same path during a pursuit. It was not received well by critics, with graphics and plot being of concern. Four sequels have been released on Xbox 360 and through online content provider Steam. 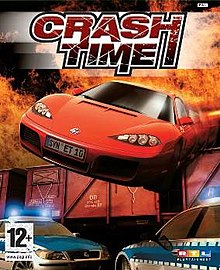