Driving Emotion Type-S[a] is a racing game developed by Escape, a subsidiary of Square. It was published in Japan on March 30, 2000 and was Square's first release for the PlayStation 2 console. After criticisms of the game's handling, the European and North American versions of the game feature revised controls and additional contents, and were released in January 2001.

The game features officially licensed cars from international manufacturers. Several modes of playing are present, including a training mode and a two-player mode. The game's music, primarily composed by Shinji Hosoe, was published as a soundtrack in Japan. Sales for the game were low and professional reviews very mixed, with either praises or criticism of the game's graphics, controls and sounds. 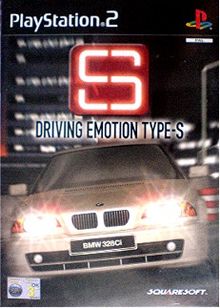