GTR 2 – FIA GT Racing Game is a sports car racing simulator developed by Blimey! Games and SimBin Studios (later Sector3 Studios) for the x86 PC and is a sequel to GTR. Since its release in September 2006, it has received widespread acclaim. The game simulates the 2003 and 2004 FIA GT Championship racing series. 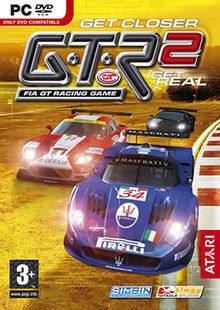