Race 07 is a racing simulator computer game from SimBin Studios (later Sector3 Studios). The game is the sequel to the 2006 title Race – The Official WTCC Game. Like the original Race, the title is officially licensed by the World Touring Car Championship (WTCC).Race 07 features more than 300 cars in nine different racing classes. Race 07 includes the full 2006 and 2007 seasons of the FIA World Touring Car Championships (FIA WTCC) as well as 8 more classes on 14 tracks from all over the world. Multiplayer is only available with installation of the Steam client and registration for an account with Steam. 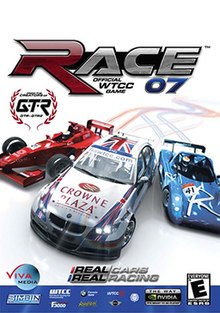